Venom Inc's Tony "Demolitiona Man" Dolan has released a statement regarding the accusations made by promoter Mosh Productions. Earlier Mosh Productions claimed the bands lack of papers (proof of vaccination, visas and such) where the reason three festivals had to be cancelled or postponed.

Tony: "The promoter has been making a fuss ever since he scheduled the 'Armageddon' (festival), which he rescheduled for this year and asked us. We said fine, no problem. Then a few weeks ago he texted me asking if we could do it in 2023 and I said we could do it. He has known for a long time that this band is vaccinated and we have the receipts. In the case of Nasty Savage, the band left because they are anti-vax. Also, no work visa is required to play in Brazil We had a passport delay for Mantas, which we were waiting for it to be returned to him by the Government, which happened on the morning of last Monday, two weeks before the shows. However, instead of buying flights, the promoter, André Smirnoff, decided to cancel everything and blamed us, saying we are anti-vaccination, we don't have a work visa etc. These are statements to disguise and deflect his decision to move (AGAIN!) the festivals to 2023 - he begged me for that a few weeks ago and I said okay. So I come here to apologize for this confusion. I have many personal friends in Brazil for years. See, I have São Paulo tattooed on my skin. We were even going to present a song that will be on our next album for the first time to you. We would never create this kind of problem,"

You can read more here: https://roadiecrew.com/venom-inc-tony-dolan-rebate-acusacoes-sobre-cancelamento-de-shows-no-brasil/ 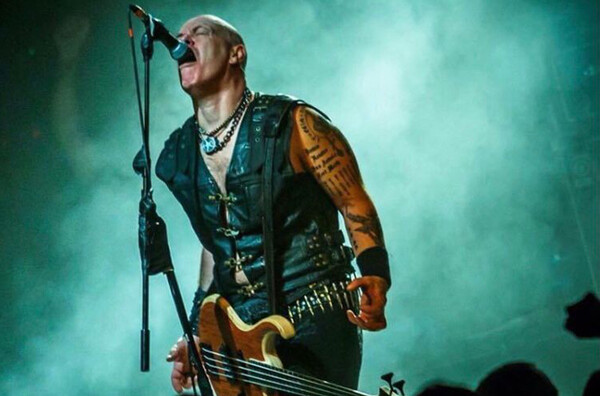