Jeff Mantas, the founder of Black Metal legends Venom and the man responsible for much of the bands classic early material.

Born and raised in Newcastle in the North East of England, music was to play a big part in his life from a very early age. “There was always music in the house, my father was a drummer and he and my mother financed my first guitar and amp, little did they know what they had started!”

His first encounter with another musician was at a Taekwondo club (at which Mantas holds 1st Degree Black Belt and also 1st Degree Black Belt Aikido and 3rd Degree Black Belt Freestyle Karate) in 1976 and this was to be the beginnings of a band which would eventually see him as founder member of Venom. Best known for his guitar work with Venom, arguably one of the most influential metal bands of all time, the early part of his career saw him touring world wide with acts supporting such as Metallica and Slayer. Quiet and unassuming off stage there is definitely another side to Mantas as is proven by his on stage persona.

Even through the trials and tribulations of Venom, he is still the first to say that he is justifiably proud of what he created and the success it enjoyed and the impact that it had on the world of Heavy Metal and indeed music in general. His place in musical history is secure, as is evident by any Rock or Metal encyclopedia so much so that he was asked to write the preface for the first edition of the Extreme Metal Handbook and was also interviewed for contribution to the Metallica biography “Justice for All”. The March 2004 edition of Guitar World placed Mantas at number 39 in the list of the 100 greatest metal guitarists of all time and he is honored by inclusion into Joel McIvers book “100 Greatest Heavy Metal Guitarists”.

Mantas is never one to rest on past glories and as such is continually looking at new projects and opportunities, because as he so rightly states “without evolution comes extinction”. Mantas has a firm philosophy on life and that is “you only get one shot on this planet so live life to the full because at the end of it will you be saying “what if”, “I could have”, “I should have” , or will you say “I did my absolute best and took every opportunity given to me”. Don’t let it pass you by!
IF YOU ARE NOT IN IT, YOU CANT WIN IT !

In the present day Jeff lives in Portugal with his girlfriend , 4 rescue cats and a rescue dog. Here he has his studio where Ave was recorded, mixed and mastered.

Jeff's discography can be found here at the Metal Archives: https://www.metal-archives.com/artists/Mantas/4689 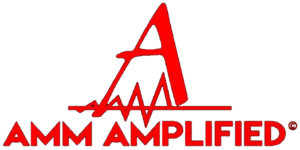